Mama's on the Half Shell - Canton, Baltimore

Hey Everyone! The FI (still getting used to writing that) and I met up with college friends for a relaxing weekend lunch. They took us to a popular seafood spot - Mama's on the Half Shell in Baltimore. Thankfully there was zero line when we arrived because we passed one going out the door as we were leaving. It is in the city, so parking can be found on the street. 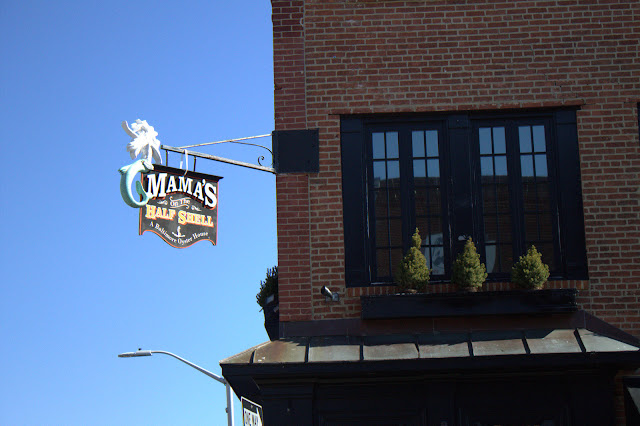 The place is pretty small, thus creating the line of waiting patrons. It is two levels of dark, colonial looking decor which looks like 'Baltimore seafood place'. Not sure what that means, but it fits! The vibe is casual, but airing on the nicer side. 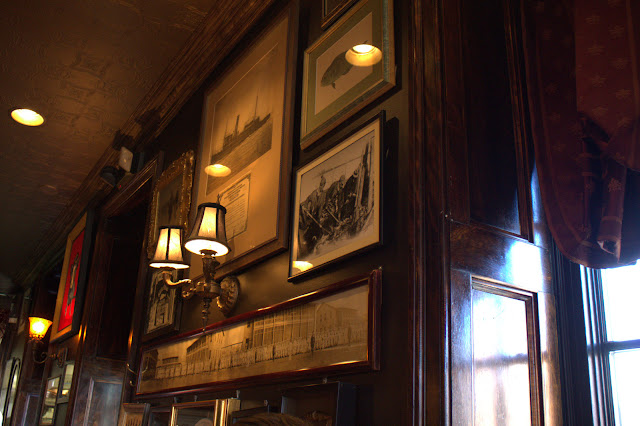 Our friends ordered a 1/2 pound of Steamed Jumbo Shrimp with chipotle lime cocktail sauce, drawn butter and bread ($9.99). The shrimp were big, and delicious eaten with the sauteed onions. The cocktail sauce didn't taste like it had chipotle lime in it, but was still good. 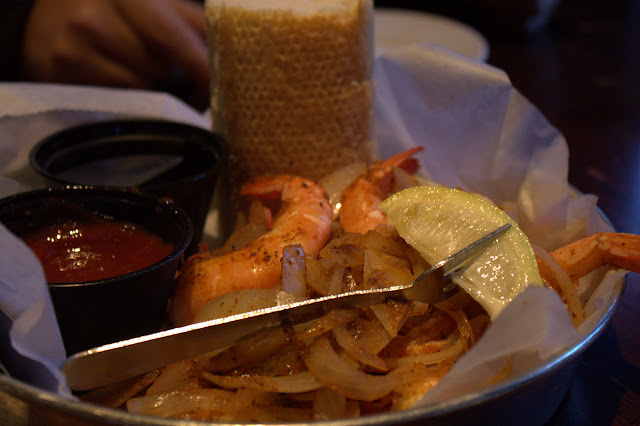 I was craving Cream of Crab, so I ordered the closest thing on the menu. The Seafood Chowder ($6.99) had shrimp, scallops, clams and applewood smoked bacon in a heavy cream base. It was so good and satisfying. It was quite heavy so if I didn't want to stuff myself (which is never), then I could just eat this as my lunch. 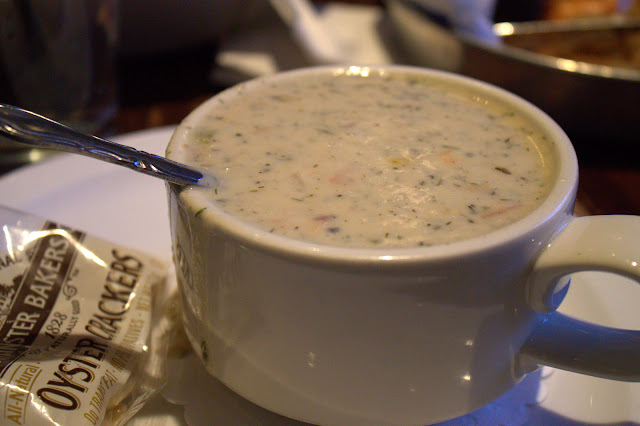 Our friends high recommended this ginormous sandwich! What you see below is only HALF. The Seafood Club ($14.50) comes with a 3 oz crab cake, shrimp salad, lettuce, tomato, mayo, smoked applewood bacon and swiss cheese. You also have the option of fried oysters instead of the crab cake. The shrimp salad had big chunks of shrimp, the bacon was flavorful and you can't go wrong with a crab cake in Baltimore. It's hard to eat because it's so tall, so I took it apart and ended up getting rid of an extra slice of bread in order to fill up on the good stuff. 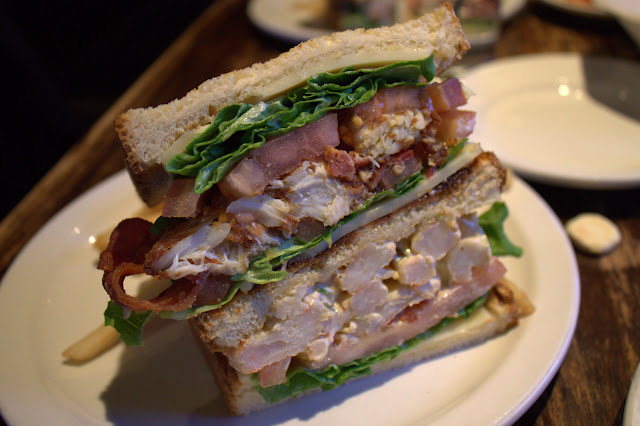 After our meal we stopped by the famous Vaccaro's to pick up some Italian desserts for the road! A little on the pricey side, and not as sweet as typical desserts. 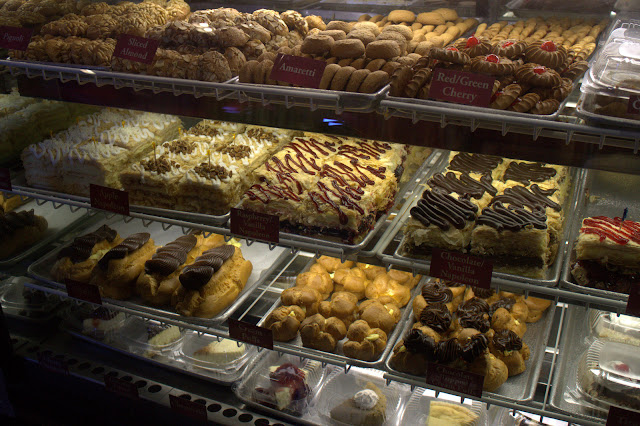 The service was quick and nice. They sliced the sandwiches for us and I have no complaints. We didn't get a chance to try any raw oysters as their name suggests, but next time!