I had promised my friend for years that I would try Ethiopian food, and it FINALLY happened! A group of us went to his uncle's place called Addis Ababa in Silver Spring. There is a metered parking lot across the street, as well as metered street parking, which are both free on the weekends. The closest metro stop is Silver Spring on the red line. 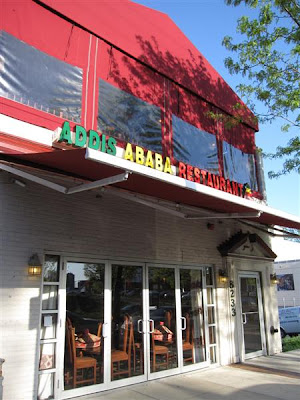 There are 2 levels to this restaurant. This is the 1st floor, which seems to have lower tables, seats smaller groups and has more traditional decor. 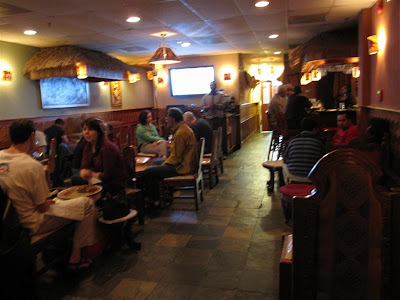 We had a group of 8, and we sat on the 2nd floor. It was a very large room, which felt like we were sitting outside. There were heat lamps around to keep us warm when the sun began to set. There was a TV and a bar and the tables were standard size. 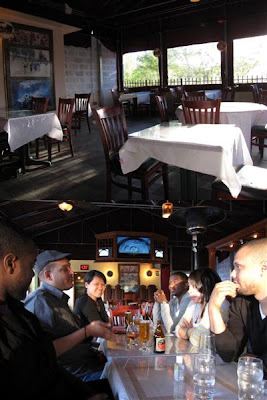 Before trying Ethiopian cuisine, people were scaring me, "It's tastes weird or the bread is gross". However after trying it, I actually really like it! Granted, I think I have a pretty adventurous palate and I'm a huge fan Bizarre Foods, so this wasn't that odd to me. It reminded me of Indian food because of the texture, use of many spices and bread, but it doesn't have the same flavor when you eat it.

The Injera (bread) is what is used to pick up the food. There are no utensils and food is also served on a big plate of it. Once the meal is over, you can eat the bread because it has soaked up the flavor from sauces. It tastes similar to sourdough and is very flat, spongy and slighlty cold. 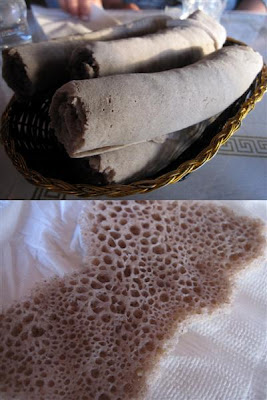 Everything had great flavor, nothing was overly spicy either. Sometimes its a bit messy or difficult to rip the meat off of the chicken bones, but nothing to dampen the mood. Every dish had a unique flavor and I really liked the raw Kitfo too! That might scare some of you (like the bf) but I'd order it again. I ordered the only vegetarian dish (Yatakilt Wat) and everyone liked it too. 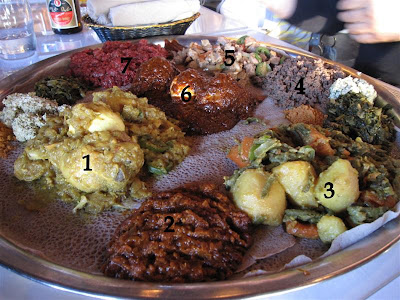 I took a sip of this Ethiopian 'Harrar Beer' ($5.50) from one of my friends, liked it so much and ordered my own. It was a little sweeter in flavor. 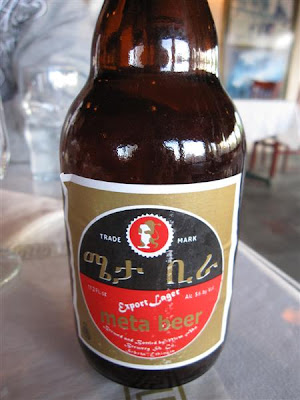 I've known these guys for a long time and as we grow older it's hard to keep in touch, so it was a good time to catch up, eat and laugh. We headed to McGinty's after dinner for some drinks. As you can see, I was sporting the 'Asian Glow.' 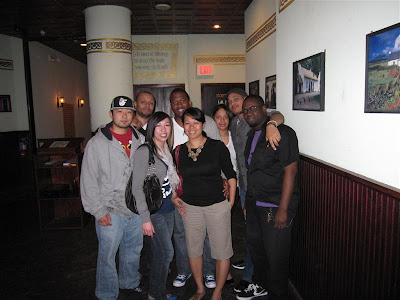 Who says you have to go to Adams Morgan for good Ethiopian food because I had a great meal there. Our server was super nice and humored me when I tried to pronounce my dish's name. Our water glasses and Injera baskets were always being refilled. The price for 8 people including alcohol was $117, which is a great deal considering we were all stuffed and were able to taste 9 different things on the plate. Our appetizer was missing, however no one noticed it and I only did because I had to write about it, so it didn't mess up our night at all.
It's a fun dinner since everyone is huddling around the food and comparing each item. My friends who have never had Ethiopian food really enjoyed the meal too. I'd say for those who are skeptical, take baby steps and order something like a chicken curry as opposed to raw beef. Also, just think of the bread as the soft inside part of a sourdough loaf, and you'll be fine. Try something new people!