The same night the bf and I had dinner at Nando's Peri Peri, we all decided to get frozen yogurt at Mr. Yogato. What a cool name!! 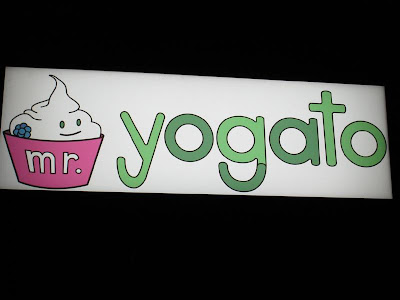 It's another tangy frozen yogurt that has been springing up around the area, like YogiBerry in Rockville. There is limited street parking around the place, but it's a couple blocks away from Dupont Metro station on the Red Line. This is what it looks like on the outside. It's in one of the older buildings in Dupont, which I like because it gives it character. 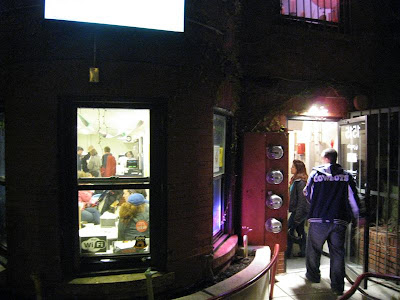 The place is TINY. You're seeing the entire thing because we were sitting at the table next to the window. Seating is very limited and sometimes child-sized. 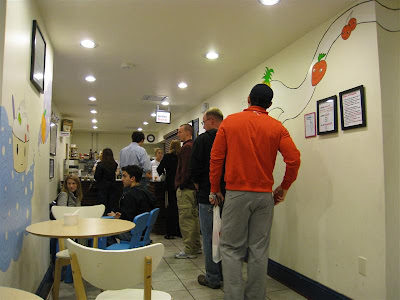 Here's the view from the other side of the place. It reminds me of a children's dental office with small tables, painted walls, and games. There was a couple playing on an original Nintendo. 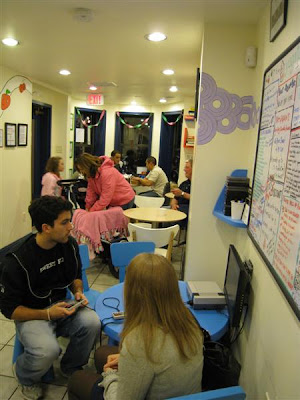 They have one register and a small back kitchen. So as you can see from the 1st picture of the interior, the line can get a bit long. 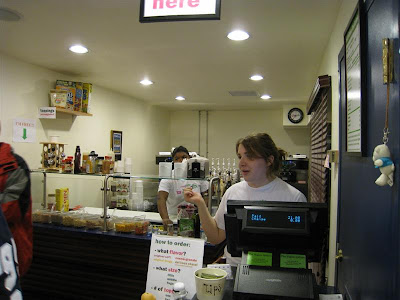 What I liked about this place was that it was cheaper than YogiBerry. They have 2 standard flavors (original soft, original tangy) and 2 weekly ones (cosmé-granate, saori's choco-delicious were the flavors when we went).

FYI, all of the toppings on the top of the counter are FREEEEEEE! Very awesome except some of them include Old Bay, Olive Oil, Basil, etc. I wouldn't want some of that stuff in my Fro-Yo, but to each his own =) 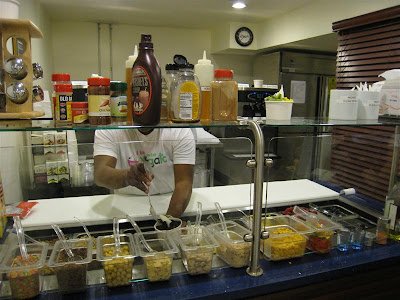 They like to have fun at this place. You can get discounts on your orders if you can complete any of the items on the 'Rules of Yogato' list. How cool would that be to have a flavor named after you?! 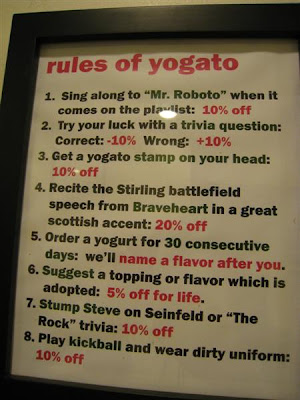 The bf got the Original Soft with Oreo pieces. It was mild in flavor, and less 'yogurty' compared to mine. 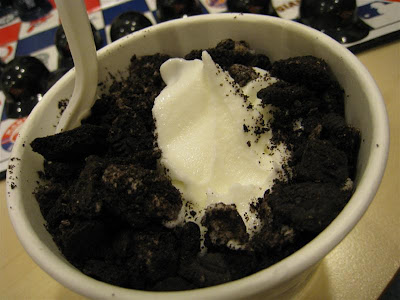 I on the other hand like the tanginess, so I ordered the Original Tangy with Kiwi and Mango. I wanted something refreshing and it really hit the spot. 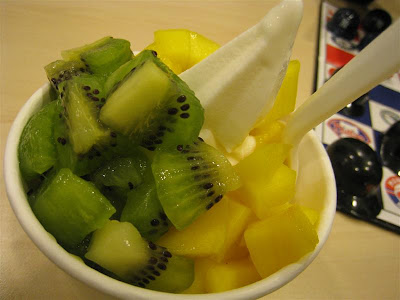 One of our friends ordered a weekly flavor, topped it off with gummy bears, and then went nuts with the free toppings. Our other friend got the Original Soft (I believe) with raspberries and mandarin oranges. 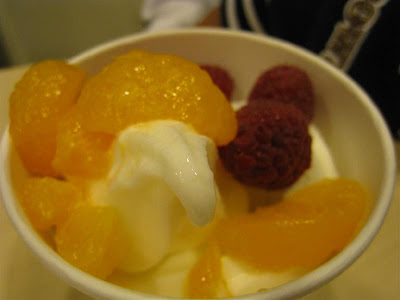 The boys were playing baseball checkers before we started eating. It's a great place to just hang out, listen to the music playing, and beat your friends at board games. 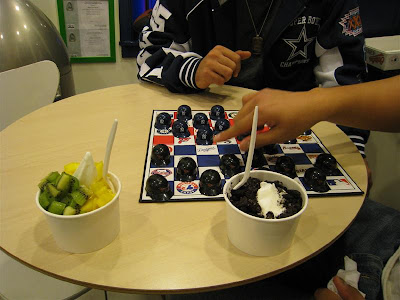 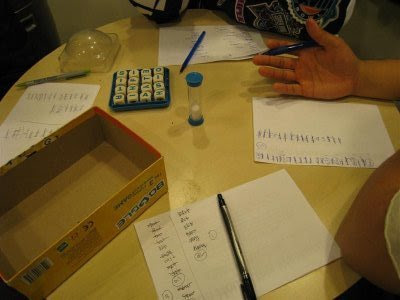 This place is great to just let loose. Its a fun atmosphere because of the music, games and 'Yogato Rules'. Its an affordable place that offers free toppings. Lastly it is great tasting frozen yogurt. Compared to ones I have tasted in the past, the flavors are overall less tangy and more creamy, which is better for fooling your brain into thinking this is ice cream. I love that all the flavors are non-fat and only 30 calories per ounce.
If you're not in the mood to eat anything, they also offer drinks such as teas ($2), and customizable hot chocolate ($3).

wait....games and free toppings? I definitely have to check this place out.

wow, I wish we had a fun place like this near us. The frozen yogurt/smoothy place nearby us just went out of business a couple of months ago. Glad to see this yomato place is doing well.